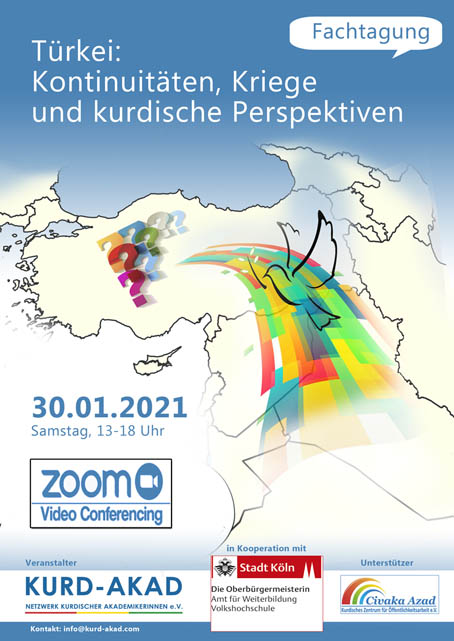 Conflicts, wars and controversies continue to dominate Turkey. The military activities and interventions of the ruling alliance of AKP and MHP under President Erdoğan are contrasted above all by Kurdish perspectives.

With the symposium, we want to take an in-depth look at the developments in Turkey in the AKP era, their regional and international effects and connotations as well as possible alternatives.

The first part of the conference will focus on AKP policies and the Kurdish question.

The second part will deal with Turkey in the context of the Middle East, which is marked by multifactorial conflict lines, and the Kurds as one of the central actors in the region.

In addition to an analysis of the current situation, the conference will use the example of the Peoples’ Democratic Party (HDP) and the Democratic Administration of Northern and Eastern Syria to show perspectives for overcoming the wars and crises.

15:30 – 17:00 Interview
Turkey, the Middle East and the Kurds: Narratives, sustainability and realignment 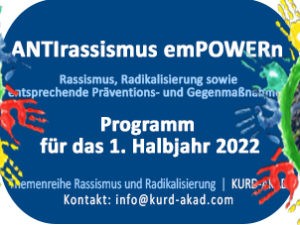 Last weekend, we finally met as a board in presence.

The personal exchange made us happy and strengthened us.

We are ready for the further challenges.